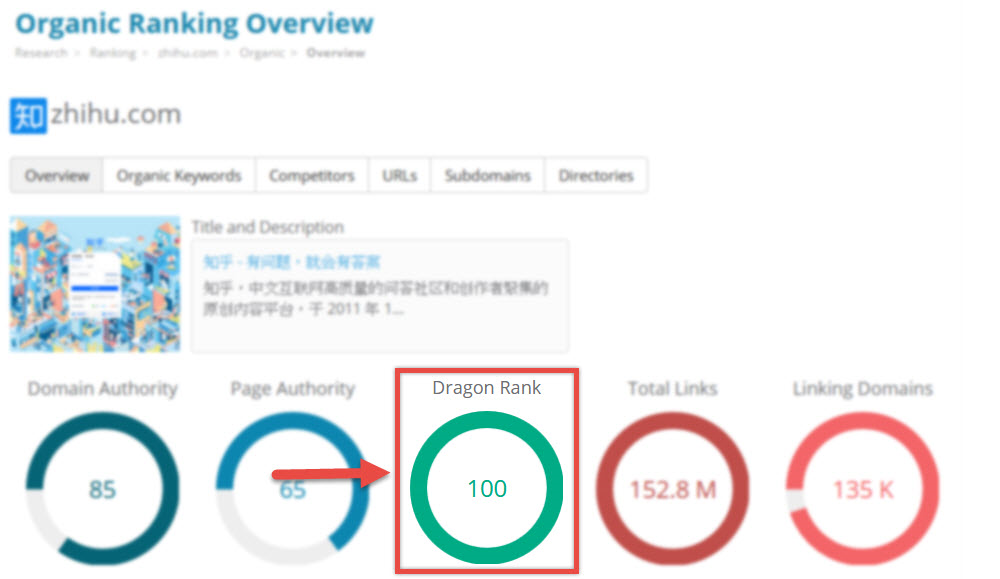 What is Dragon Rank?

Dragon Rank is a measure of how strong a site's organic visibility is in Baidu. In general, a site with a higher Dragon Rank has more estimated traffic index to its site.

The metric is calculated on 0-100 points. It is logarithmically scaled, meaning that there are fewer sites within higher ranges (i.e. 91-100) compared to the lower ranges (i.e. 0-10).

Why is Dragon Rank important?

What is a good Dragon Rank?

Simply speaking, the higher Dragon Rank your site has, the better it is. However, it is best to interpret and use the metric in relative terms. If your site's Dragon Rank is higher than / or similar to other comparable sites, then its Dragon Rank is good.

Where to find Dragon Rank

1. You can get a site's Dragon Rank at Ranking Research.

2. Top sites list, which will be available in the navigation after you've conducted a Ranking Research in Baidu. The list shows the sites sorted by highest Dragon Rank in each category.