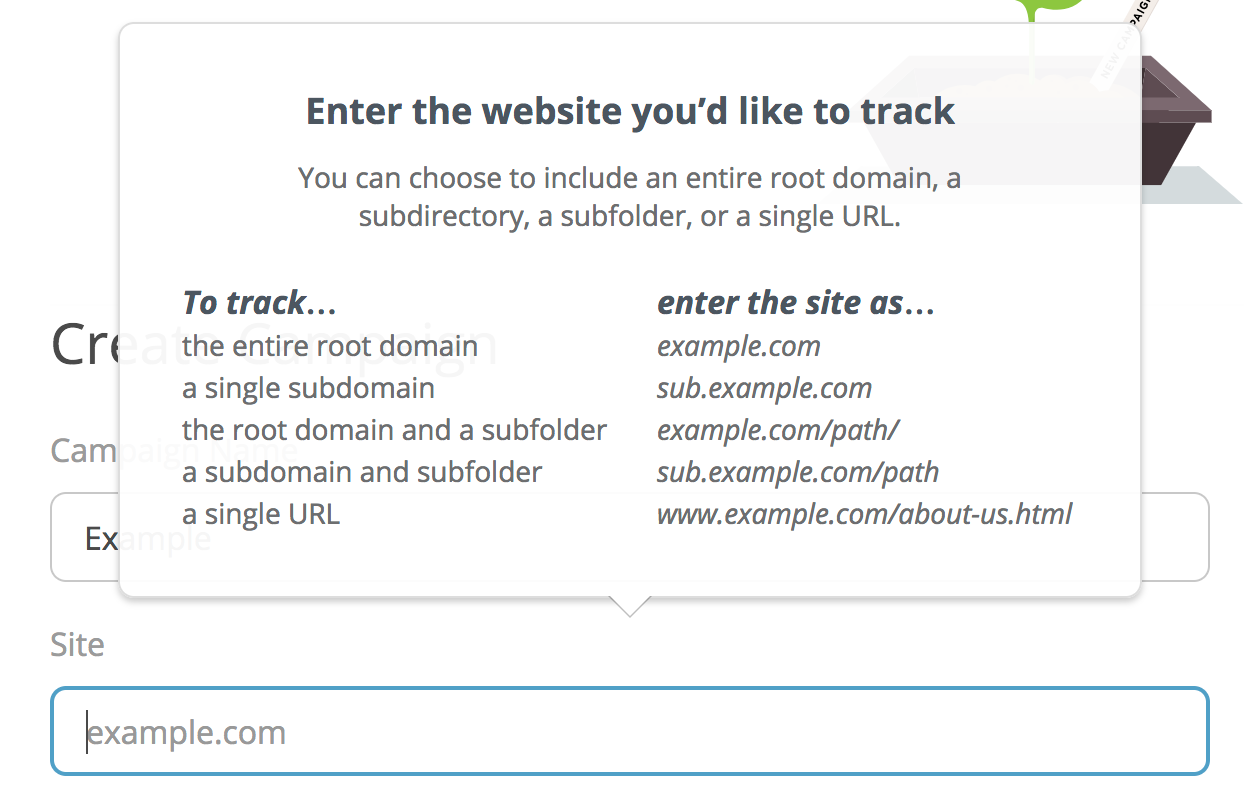 You can choose which parts of your site you want to track in a Campaign. For example, you can track:

We refer to this in Dragon Metrics as site scope. The scope will determine which URLs should be included in your site in tools such as rank tracking, backlinks, and site audits.

For example, if you've entered your site as a subdomain (www.example.com) then only URLs on this subdomain will be considered part of your site. URLs on other subdomains (e.g. help.example.com) will be treated as external sites in rank tracking, backlink, and site auditor reports.

How to enter your site's scope

The way you enter the website during Campaign Creation determines this scope, so it's important to think carefully about which URLs you'd like to include when creating a new campaign or adding new competitors.

You may exclude the scheme when entering as site, as both http and https will be included.

By default, rank tracking, site audits, and backlink reports all share the same scope, entered as the website in General Campaign Settings.

For these situations, you can add a separate scope for site crawls.